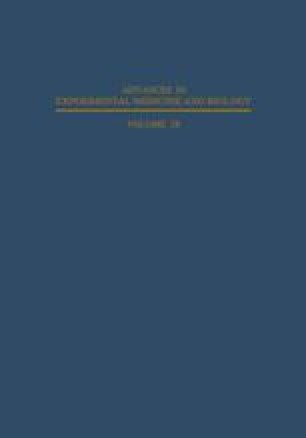 The purpose of the first clinical study with cyanate (Gillette, et al., 1971) was to determine whether the anti-sickling effect observed in vitro (Cerami and Manning, 1971) would also occur in vivo. Since the life span of erythrocytes from patients with sickle cell disease is markedly shortened, survival of these cells should be prolonged if their tendency to sickle were decreased. To test this hypothesis, chromium-51 (51Cr) half- times were determined with untreated autologous cells by the technique of Gray and Sterling (1950) modified by washing with saline. At a later time the survival of an aliquot of cells treated in vitro with cyanate was determined. Reaction of the cells in vitro with chromate and cyanate was shown to be non-competitive, and in other studies the elution rate of chromium was not altered by carbamylation. Double labelled survival studies in mice, rats, dogs and monkeys have also shown that carbamylation does not alter elution.

Luteinizing Hormone Sickle Cell Disease Sickle Cell Hemolytic Anemia Oxygen Affinity
These keywords were added by machine and not by the authors. This process is experimental and the keywords may be updated as the learning algorithm improves.
This is a preview of subscription content, log in to check access.