An Introduction to Computer Simulation in Applied Science 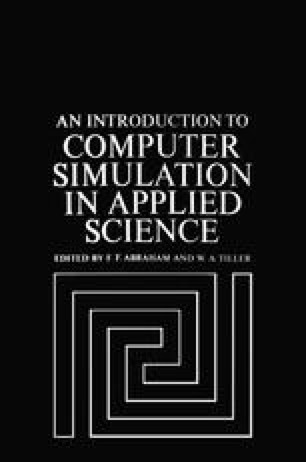 We present an introduction to System 360 Continuous System Modeling Program (S/360-CSMP), a digital simulation language oriented toward the solution of differential equations. The intent is to acquaint the reader with the simplicity of powerful computer software that is at the disposal of the researcher. Designed for use specifically by the scientist or engineer, S/360-CSMP requires only a minimum knowledge of computer programming and operation. Only an elementary knowledge of FORTRAN is necessary. Two simple diffusion problems are discussed to illustrate the basic approach to the simulation method of analysis and the power and ease of computer simulation using a digital simulation language such as S/360-CSMP.

Grid Point Diffusion Problem Heat Balance Equation Heat Diffusion Equation Finite Difference Approach
These keywords were added by machine and not by the authors. This process is experimental and the keywords may be updated as the learning algorithm improves.
This is a preview of subscription content, log in to check access.