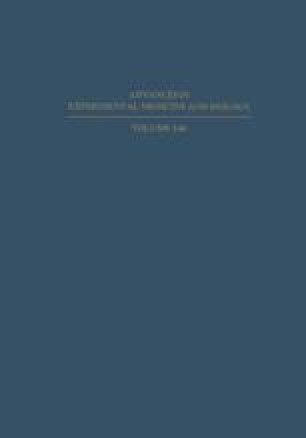 The colonic mucus layer is considered to have several functions, including lubrication, waterproofing, and protection of the mucosal epithelium (Forstner, 1978). The precise extent of its protective role is not certain but it seems likely that mucus affords some protection against noxious agents in the bowel lumen, possibly including carcinogens. The functions of mucus are intimately related to its structure (Allen, 1977) and minor alterations in its chemical composition may impair its protective functions. Histochemical and biochemical alterations in colonic mucus in malignancy have previously been reported (Filipe, 1969; Culling et al, 1977; Filipe and Cooke, 1974) but the effect of these alterations on the structure and functions of mucus have not been described. This study was designed to examine changes in the physical appearance of the colonic mucus layer during carcinogenesis, using the high magnifications which can be attained by scanning electron microscopy.

Sialic Acid Scan Electron Microscopy Study Colonic Polyp Mucus Layer Mucosal Epithelium
These keywords were added by machine and not by the authors. This process is experimental and the keywords may be updated as the learning algorithm improves.
This is a preview of subscription content, log in to check access.