SPI Plastics Engineering Handbook of the Society of the Plastics Industry, Inc. 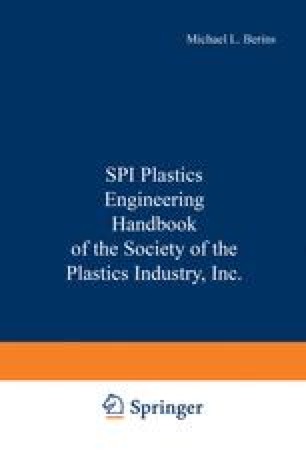 SPI Plastics Engineering Handbook of the Society of the Plastics Industry, Inc. pp 341-382 | Cite as

Historically, the blow molding of thermoplastic materials began during World War II. Polystyrene was the first material used with the newly developed blow molding machines, and low-density polyethylene was used in the first large-volume commercial application, a squeeze bottle for deodorant. In the beginning, the plastic bottle business was dominated by companies such as Owens-Illinois, Continental Can, American Can, Plax, Imco, and Wheaton Industries, using proprietary technology and equipment. The introduction of high-density polyethylene and the commercial availability of blow molding machines, mostly from such German companies as Fischer, Bekum, and Kautex, led to phenomenal industrial growth and diversity in the 1960s.

Injection Mold Preform Design Blow Molding Blow Mold Land Length
These keywords were added by machine and not by the authors. This process is experimental and the keywords may be updated as the learning algorithm improves.
This is a preview of subscription content, log in to check access.