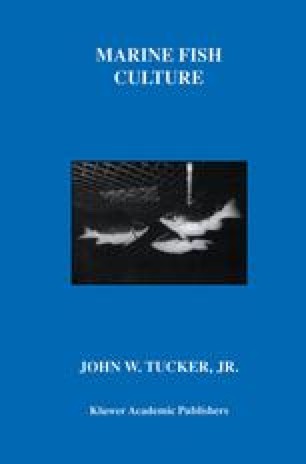 Efficient utilization of food energy is especially important in enhancing the ability of larvae to survive and older fish to grow. In rearing fish, knowledge of energetics is helpful in examining special requirements of the species concerned. Consideration of energy budgets allows the culturist to visualize, and, when data is available, to quantify the effects of major factors such as species, stage, age, food quality, food availability, temperature, daylength, and dissolved oxygen, as well as stressors (e.g., crowding, reduced water quality). The study of energetics is of practical significance in the optimization of feed formulas and feeding practices. In some cases, hatchery design can benefit from initial or later improvements based on energetic considerations. Because the cost of feed tends to be the main cost of producing fish, an understanding of energetics is useful at almost every stage—in choosing species, writing business plans, designing facilities, and raising the fish. This chapter provides an introduction to basic concepts of the energy budget plus some specific examples.Useful references, most of which include derivation and application of energy budgets for fish, are Winberg (1956), Beamish et al. (1975), Gerking (1978), Elliott (1979), Hoar et al. (1979), Kutty (1981), Blaxter and Hunter (1982), Cho et al. (1982), Kerr (1982), Kitchell (1983), Tytler and Calow (1985), Dabrowski et al. (1988), Hewett and Johnson (1989), Smith (1989a), Steffens (1989), Adams and Breck (1990), Rice (1990), Cho (1992), Houde and Zastrow (1993), Kaushik and Médale (1994), Brett (1995), Cho and Bureau (1995), and Pedersen (1997). Kleiber’s (1975) book is a classic general reference.

Metabolizable Energy Rainbow Trout Energy Budget Feed Conversion Ratio Protein Efficiency Ratio
These keywords were added by machine and not by the authors. This process is experimental and the keywords may be updated as the learning algorithm improves.
This is a preview of subscription content, log in to check access.