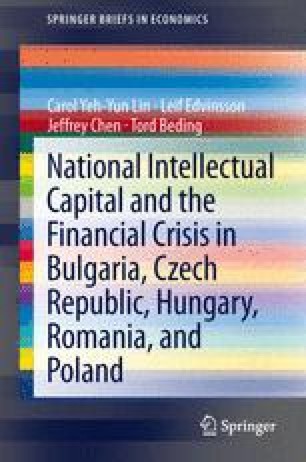 Impact of the 2008 Financial Crisis

In order to present the impact of the 2008 financial crisis, this chapter first describes the common problems in these five countries. Next, it graphically compares the GDP growth, total general government debt, unemployment rate, and consumer price inflation of the five economies during the time period from 2005 to 2010. Then, it elaborates on its impact on each country individually in the sequence of Bulgaria, the Czech Republic, Hungary, Poland, and Romania.

Foreign Direct Investment Unemployment Rate Financial Crisis Banking Sector Public Debt
These keywords were added by machine and not by the authors. This process is experimental and the keywords may be updated as the learning algorithm improves.
This is a preview of subscription content, log in to check access.