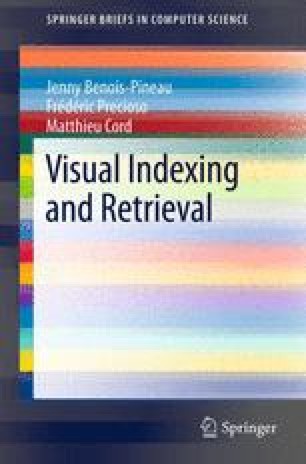 The research in visual information indexing and retrieval has become one of the most popular directions in the broad area of information technologies. The reasons for that are the technological maturity of capture, storage and network infrastructures, that allow for common daily-life capturing of images and recording of video with professional equipment and personal mobile devices. According to Internet sources the British Broadcasting Corporation set up team dedicated to process usergenerated content, as an experimental group in April 2005 with 3 employees in the staff. The team was then made durable and got expanded, unveiling the integration of “citizen journalist” in the (broadcast) news mainstream. The same concept has been put in place by CNN that launched CNN iReport in 2006. This project was meant to allow CNN to collect user-generated news. So did the american Fox News with their ’uReport’ project and the french BFM-TV broadcast channels. YouTube, Face- Book, FileMobile, DailyMotion, host and supply facilities for accessing a tremendous amount of professional and user-generated content for educational and entertainment purposes. The areas of societal activity such as video surveillance and security also generate thousands of tera-bytes of video content with specific issues to be tackled. Finally, the digitization and storage of cultural heritage be it Byzantine frescoes, Medieval miniatures, old manuscripts or feature films, documentaries and broadcasting programs or web-sites, lead to the production of a mass of visual data which has to be accessed and searched both by professionals for re-mastering and production of new visual content and by common users for various humanities research.