Towards Learning and Instruction in Web 3.0 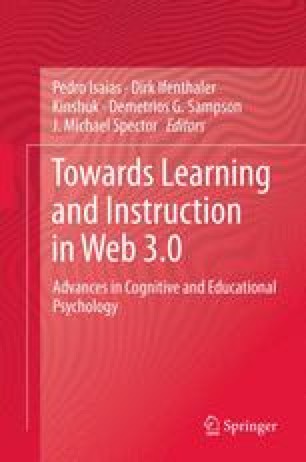 Toward Child-Friendly Output and Fabrication Devices

The StringPrinter and Other Possibilities
Chapter

Computer-controlled fabrication – the design and “printing” of tangible, physical objects – has seen an explosion of interest and excitement in the past several years. Three-dimensional printers, laser cutters, paper-cutting devices, computer-controlled sewing machines, milling machines, and the like have become increasingly affordable, and now permit users to create a remarkable range of physical objects in a wide array of materials. Strangely, however, this “explosion” has thus far largely ignored the remarkable potential of physical production and fabrication by children. This is a surprising oversight. After all, children’s crafts – the landscape of activities and materials that have traditionally been associated with educational construction – represent fertile ground for experimentation with novel, innovative computer-controlled fabrication devices and materials. This chapter describes a number of imaginative possibilities for such devices, blending the most expressive and content-rich aspects of children’s crafts with the powerful affordances of computer-controlled fabrication. As an example, we describe one “home-grown” prototype device, StringPrinter, designed for creating custom-decorated lengths of yarn and string for children’s craft projects. StringPrinter is not the exclusive focus of this chapter, but rather an illustration of a more general idea: it represents one (still-early) step in a much broader research agenda of creating fabrication hardware, software, and web-based systems for use by children. We use this example as a foundation for exploring much broader questions in the enhancement of children’s craft activities.

Fabrication Device Inkjet Printer Output Device Paper Tape Plastic Straw
These keywords were added by machine and not by the authors. This process is experimental and the keywords may be updated as the learning algorithm improves.
This is a preview of subscription content, log in to check access.

This chapter is a substantially extended version of (Ludwig et al. 2010). The work described here was supported in part by the National Science Foundation under award no. IIS0856003. Thanks also to Ted Chen, Ann Eisenberg, Gerhard Fischer, Mark Gross, Clayton Lewis, and Andee Rubin for wonderful conversations on the subject of this paper. Jeff LaMarche constructed the “vase” at left of Fig. 18.4, and invented the original idea of a “3D bead printer”. The vase at right of Fig. 18.4 was constructed by Jane Meyers and the first author. The paper-tape-printer is the work of Russell Winkler, Mossaab Bagdouri, Susan Hendrix, and Michael Coury.