A Polynomial Approach to Linear Algebra 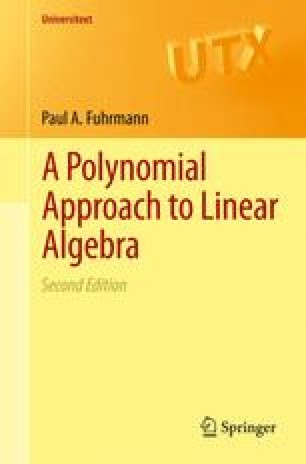 A Polynomial Approach to Linear Algebra pp 195-278 | Cite as

Cauchy Index Bezout Hankel Matrix Continued Fraction Representation Root-location Problems
These keywords were added by machine and not by the authors. This process is experimental and the keywords may be updated as the learning algorithm improves.
This is a preview of subscription content, log in to check access.