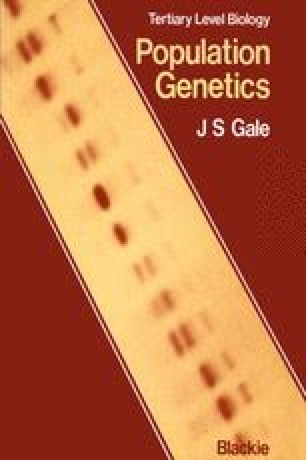 Hermann Bondi once wrote: “There can be no greater merit in a scientific discovery than that before long it should appear odd that it ever was considered a discovery… only those things that have so deeply affected our thinking and so thoroughly changed our outlook that we cannot think without them have really entered the spirit of the human race”. These remarks, although made in another context, are entirely appropriate to the theory of evolution by natural selection. This theory is accepted (provisionally, as with any other scientific theory) because it conforms with the rest of our biological knowledge, because it explains the universal adaptation of living organisms to their environments, because specific examples of evolution by natural selection have been demonstrated in practice and, finally, because the theory can be formulated in a sufficiently precise way to be tested in practice. Thus the theory states that the process of natural selection is sufficient to bring about the changes that have taken place during the evolution of a particular character in the time actually available. Hence for a critical test of the notion that the evolution of some specific character has come about through the agency of natural selection, we have first to show that the character is under genetic control, next to determine the selective advantage of the character to those individuals possessing it and, finally, to demonstrate that the magnitude of this advantage is large enough to have led to the changes that have actually occurred over a defined period of time. Critical tests of this kind can be carried out in cases of present- day evolution (although the practical difficulties are often formidable); thus the theory has the attribute “falsifiability in principle” generally held to be an essential feature of any useful scientific theory.

Allele Frequency Natural Selection Genotype Frequency Fossil Record Random Mating
These keywords were added by machine and not by the authors. This process is experimental and the keywords may be updated as the learning algorithm improves.

But pardon, gentles all, The flat unraised spirit, that hath dared, On this unworthy scaffold to bring forth So great an object … … For the which supply, Admit me chorus to this history; Who, prologue-like, your humble patience pray, Gently to hear, kindly to judge, our play. William Shakespeare, King Henry V