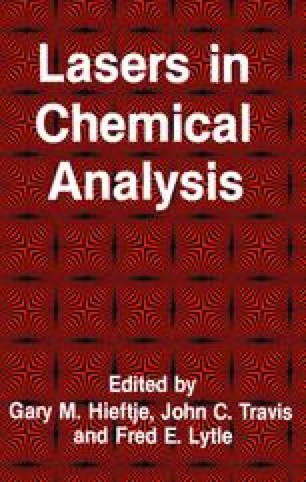 For the purpose of the following discussion a laser will be considered to have three subunits–an optical amplifier, an excited state pump, and an optical resonator. The optical amplifier is the collection of atoms, ions, or molecules that have a non-Boltzmann distribution of energy among some set of quantum states. This population inversion, as it is called, has the unique property of amplifying certain frequencies of light via the stimulated emission of radiation. The excited state pump is the device or mechanism used to generate and maintain the population inversion. The exact approach used to accomplish this task depends upon the details of the energy levels and the matrix in which the atom, ion, or molecule is found. The resonator is used to convert the amplifier into an optical oscillator. Although this final step may seem to involve only passive components, the resultant laser radiation has many properties that owe primarily to the resonator design. Thus, a complete description of operating principles must include treatment of all three laser subunits.

Spontaneous Emission Output Coupler Population Inversion Optical Amplifier Photon Density
These keywords were added by machine and not by the authors. This process is experimental and the keywords may be updated as the learning algorithm improves.
This is a preview of subscription content, log in to check access.