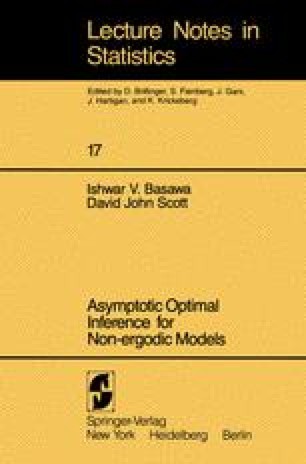 In this chapter we examine the notion of efficiency in estimation of θ. The view is taken here that an efficient estimator should be defined as one which attains the maximal possible concentration about the true value of the parameter. It is easy to show that such an estimator also has minimum mean square error, so the theory incorporates the classical notions of estimation efficiency. Of course it is not in general possible to obtain an estimator with maximum concentration for all values of θ, without in some way restricting the class of competing estimators. For example, in the classical theory, the existence of so-called “super-efficient estimators” (which are consistent and have asymptotic variance less than or equal to the Cramer-Rao lower bound at all θ values and strictly less for some θ) confirms this statement. It can however be shown, that without restriction on the class of estimators, there is an upper bound for the asymptotic concentration, such that the set of parameter values on which any particular estimator has higher concentration is of Lebesgue measure zero. The restriction placed on the class of competing estimators in order to assert the validity of the upper bound for all values of the parameter has generally been that the estimator’s asymptotic behaviour be locally uniform.

Loss Function Maximum Likelihood Estimator Limit Distribution Asymptotic Variance Prior Density
These keywords were added by machine and not by the authors. This process is experimental and the keywords may be updated as the learning algorithm improves.
This is a preview of subscription content, log in to check access.