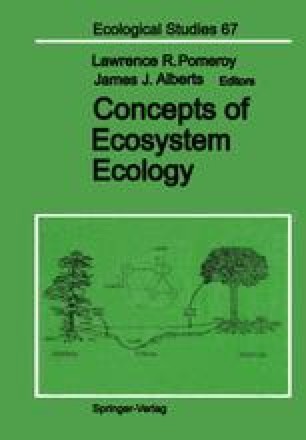 The Study of Stream Ecosystems: A Functional View

To the extent that modern stream ecology constitutes a formal discipline, its roots are found in Europe in the early to mid-20th century (e.g., Steinmann 1907; Thienemann 1925; Carpenter 1928; Wesenberg-Lund 1943; Berg 1948). During the latter part of this period, streams were largely the domain of fishery biologists (e.g., Muttkowski 1929; Needham 1934, 1938). The emancipation of stream ecology from the status of a fishery vehicle and “poor sister” of limnology (e.g., Welch (1952) and Ruttner (1963) devoted less than 10% of their volumes to the subject), occurred with the publication of the treatise The Ecology of Running Waters by H. B. Hynes (1970a; 1970b). This was an extremely important publication; not just another lentic limnology text, of which there is more than an adequate supply (Macan (1974) is an exception). Rather, it was a state-of-the-art treatment, with historical perspective, of the discipline of running water investigation. From this view of stream ecology, it is apparent that trophic dynamics and energetics, which were based on such early work as Shelford (1913; 1914) and later Lindeman (1942), formed the conceptional foundation for much of the stream research in the 1960s and 1970s. In the 15 yr. since Hynes’s (1970a) landmark publication, the major development in stream ecology has been its integration with such fields as geomorphology, hydrology, and forest ecology, and the recognition of the fundamental importance of spatial and temporal scales in the investigation of streams.

Riparian Zone Riparian Vegetation Stream Ecosystem Litter Class Maximum Retention
These keywords were added by machine and not by the authors. This process is experimental and the keywords may be updated as the learning algorithm improves.
This is a preview of subscription content, log in to check access.