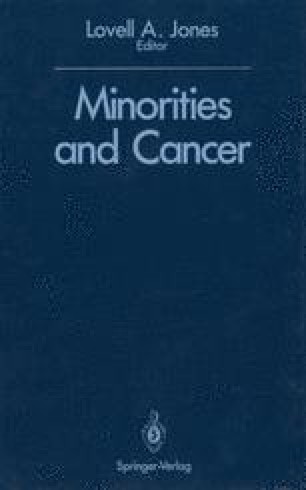 The Perspective of the Office of Minority Health

In minority populations, more than 60,000 “excess deaths” occur each year, according to a federal report on health and mortality in the Black, Hispanic, Asian/Pacific Islander, and Native American populations. Excess deaths are deaths that would not occur if minorities had the same death rates as the majority White population. The report by the Department of Health and Human Services Task Force on Black and Minority Health identified six causes that accounted for 80% of that excess: cancer, cardiovascular disease and stroke, chemical dependency (measured by deaths due to cirrhosis), diabetes, violence and infant mortality (U.S. Department of Health and Human Services 1985). For example, about 140,000 Blacks die every year before age 70; of these about 42% would not have died if Blacks had the same death rate as the White population.

Minority Community Excess Death Task Force Report Minority Business Minority Health
These keywords were added by machine and not by the authors. This process is experimental and the keywords may be updated as the learning algorithm improves.
This is a preview of subscription content, log in to check access.