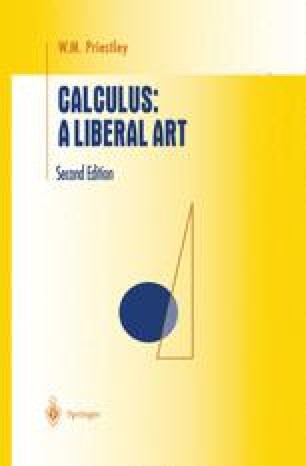 Tokens from the Gods

A calculus is a pebble, or small stone.* Playing with pebbles, or “calculating”, is a primitive form of arithmetic. The calculus, or calculus, refers to some mathematics that was developed principally in the seventeenth century.

Seventeenth Century Word Function Grazing Area Small Positive Integer Preceding Problem
These keywords were added by machine and not by the authors. This process is experimental and the keywords may be updated as the learning algorithm improves.

Physicians still use the word calculus in this sense, to describe an unwelcome presence in the kidney or bladder. The success of a textbook on calculus is measured by the degree to which its contents are not described by the physician’s usage of the word.