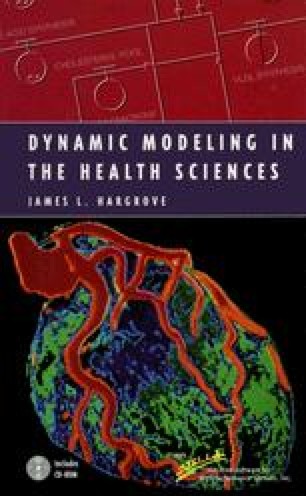 Dynamic Modeling in the Health Sciences pp 1-10 | Cite as

Discoveries with a Computer: Dynamic Behavior

In his book, The Night Country, Loren Eiseley recounted an archaeologist’s experience of excavating an Egyptian pyramid as follows: “You crawl along some dark corridor on hands and knees, past falls of rock; the light of the lamp gleams on minute crystals in the stratified walls; beyond, the corridor disappears into the blackness. You turn corners, feeling your way with your hands; the workmen have been left behind, and suddenly, you realize you are alone in a place which has not heard a footfall for nearly fifty centuries.”

Calculation Interval Finite Difference Equation Tyrosine Aminotransferase Minute Crystal Testicular Capsule
These keywords were added by machine and not by the authors. This process is experimental and the keywords may be updated as the learning algorithm improves.

The important thing is not to stop questioning …. It is enough if one tries merely to comprehend a little of this mystery every day. Never lose a holy curiosity.