Success in Academic Surgery: Developing a Career in Surgical Education 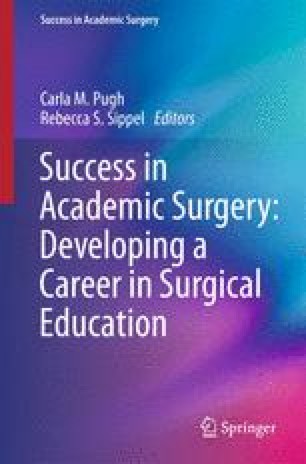 Success in Academic Surgery: Developing a Career in Surgical Education pp 75-80 | Cite as

The origin of the term mentor comes from Homer’s The Odyssey, in which the character Mentor was entrusted to care for Telemachus, the son of Odysseus. When Odysseus left Greece to fight in the Trojan War, he placed Mentor in charge of raising his son. Mentor cultivated a relationship with Telemachus through guidance and education and came to treat him much like a son. It is this type of relationship and support that has come to be the idealized form of modern mentorship. As one publication noted, “mentoring is about helping people to make their own choices by suggesting options to them. It is not about telling them what to do or how to do it. Mentoring is a developing relationship encompassing a wide range of issues, not just those concerned with problem-solving – career, personal, or family issues may arise. It is imperative, therefore, that a mentor is prepared to think about the broader aspects of people development and the factors that influence them in their daily work and their choice of careers.”

Telemachus People Development Surgical Education Mentor-mentee Relationship Mentoring Junior Faculty
These keywords were added by machine and not by the authors. This process is experimental and the keywords may be updated as the learning algorithm improves.
This is a preview of subscription content, log in to check access.