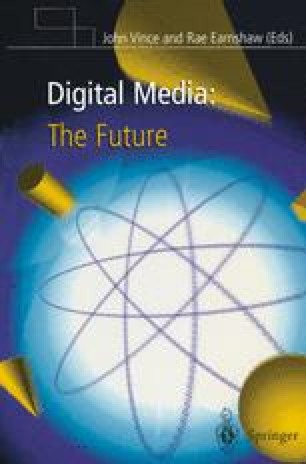 Grafting the User Interface onto Reality

One of the most obvious but neglected ways of increasing the intuitive nature of human—computer interfaces is to integrate computer-mediated interaction with real-world activities. The interface no longer exists within a vacuum, and the real world itself provides valuable cues to both the user and computer system.

A combination of virtual objects and the real world within an interactive system (known as Augmented Reality or AR) provides an ideal technological opportunity to exploit such naturalistic mechanisms in novel applications.

At Essex University we have constructed a mobile wearable computer, which, through the use of a semi-immersive VR headset and Global Positioning System (GPS) technology, supports an archaeological reconstruction application.

In conjunction with the Colchester Archaeological Trust, we have developed a VRML model of the Roman buildings which once stood in a site to the south of Colchester that is now known as the Gosbecks Archaeological Park. As the user walks around the park, consistent moving stereoscopic views of virtual ancient buildings are presented in the headset. The experience is one of being present in a past age populated by “in-period” avatars or virtual humans.

A virtual guide leads each user round the site; the tour may be individually customized to the visitor’s capabilities and interests, and supported by other multimedia such as video and spatialized audio.

The technical work is currently in progress. The goal is to build such a system using inexpensive “off-the-shelf” components in order to demonstrate the viability of ubiquitous computing and the synergy between wearable computers and augmented reality.

Global Position System Augmented Reality Mobile Station Virtual Object Differential Global Position System
These keywords were added by machine and not by the authors. This process is experimental and the keywords may be updated as the learning algorithm improves.
This is a preview of subscription content, log in to check access.