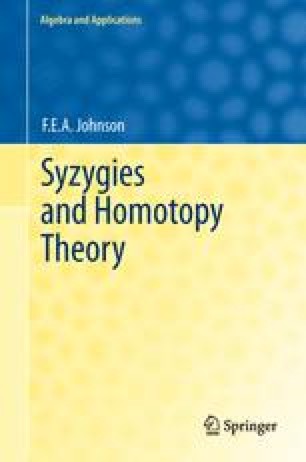 The Calculus of Corners and Squares

This chapter is a systematic study of projective modules via the decomposition of rings into fibre squares. The genesis of this approach was geometric, namely ‘Mayer-Vietoris patching’ for vector bundles. Its translation into pure algebra was effected by Milnor in (Introduction to algebraic K-theory, Annals of mathematics studies, vol. 72. Princeton University Press, Princeton, 1971) and subsequently extended, notably by Karoubi (Ann. Sci. Éc. Norm. Super. (4) 7:359–404, 1974). In its original formulation, the method aimed to describe the stable structure of projective modules. However, our treatment is heavily influenced by that of Swan (J. Reine Angew. Math. 342:66–172, 1983) wherein the method is adapted to the dual ‘unstable’ theory; that is, the study of what is lost on stabilization.

Fibre Square Karoubi Finitely Generated Ring Homomorphism Patch Conditions
These keywords were added by machine and not by the authors. This process is experimental and the keywords may be updated as the learning algorithm improves.
This is a preview of subscription content, log in to check access.