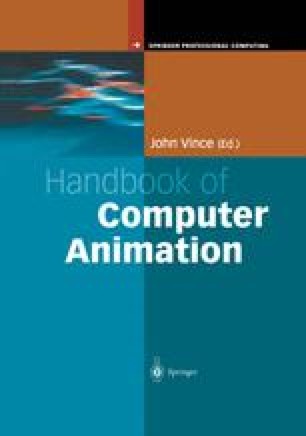 Computer animation is often combined with live-action material, and is a process, which consists of three separate stages: creating the computer animation, photographing the live action and combining the two into a seemingly single integral image. Such shots may be divided into two types. On the one hand are the computer graphic shots, which are almost complete in themselves, apart from requiring the addition of one or more live-action elements. An example of this type would be where a CGI space station has been created, and needs the addition of some actors seen within, to give it the final ring of authenticity. The alternative scenario, is where computer-animated elements are to be added to an otherwise live-action scene. An example of this would be when we are now within the space station — a physically built set — but need to see parts of its exterior through the window. These would obviously be CGI elements which, in this case, have to be added in to the live action.

Focal Length Live Action Computer Animation Motion Blur Virtual Camera
These keywords were added by machine and not by the authors. This process is experimental and the keywords may be updated as the learning algorithm improves.
This is a preview of subscription content, log in to check access.