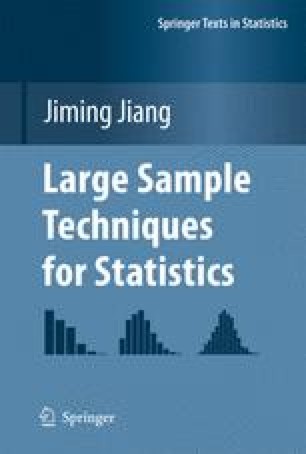 There are various things named after Monte Carlo, almost all of which originated from the Monte Carlo Casino in Monaco. In the mid-1940s, mathematicians John von Neumann and Stanislaw Ulam were working on a secret (nuclear) project at the Los Alamos National Laboratory in New Mexico. The project involved such calculations as the amount of energy that a neutron is likely to give off following a collision with an atomic nucleus. It turned out that the calculations could not be carried out analytically, so the two scientists suggested to solve the problem by using a random number-generating computer. Due to the secrecy of their project, they code-named their method Monte Carlo, referring to the Monaco casino, where Ulam’s uncle would borrow money to gamble (Ulam was born in Europe).

Markov Chain Stationary Distribution Conditional Distribution Gibbs Sampler Conditional Density
These keywords were added by machine and not by the authors. This process is experimental and the keywords may be updated as the learning algorithm improves.
This is a preview of subscription content, log in to check access.