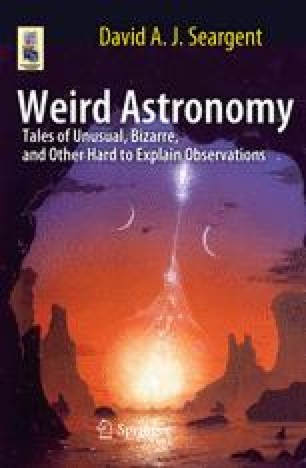 Everything in the universe is, one way or another, in a constant state of motion, some things more obviously so than others. Thus, while we would need to wait many lifetimes to see the familiar patterns of the constellations alter as their constituent stars followed their stately cosmic dance, the motions of nearby objects such as the Moon and planets can easily be monitored over a number of days or weeks. Comets and asteroids likewise glide in front of distant stars at a comparatively swift pace, and meteors simply flash past our eyes.

Parent Body Parabolic Orbit Comet Orbit Meteor Trail Bright Streak
These keywords were added by machine and not by the authors. This process is experimental and the keywords may be updated as the learning algorithm improves.
This is a preview of subscription content, log in to check access.