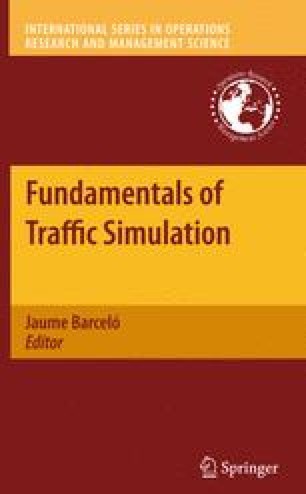 S-Paramics is a microsimulation modelling package that has been developed by SIAS in Scotland over a period of 20 years. It has been available commercially since 2000 and is used to model road traffic at a scale ranging from single junction analysis to wide area networks.

S-Paramics simulates the intentions, decisions and subsequent actions of each driver in the road network as they move towards their destination. Each driver chooses their best route based on the basic network characteristics and their knowledge of the likely congestion they will encounter. As they move through the network, each driver prioritises a set of decisions over which lane to use, what speed to select, when to change lane and when to cross or merge with traffic in another lane.

Calibration in S-Paramics is driven by correctly describing the network topology and the travel demand in it. For example, values such as saturation flows or lane use proportions are regarded as outputs from S-Paramics to examine the performance of the road network and may not be used as inputs to assist calibration. By modelling the cause of an action rather than prescribing the effect in the model, the predictive power of the simulation is preserved in subsequent changes to the model to test proposed road network changes.

Journey Time Road Network Queue Length Route Choice Vehicle Type
These keywords were added by machine and not by the authors. This process is experimental and the keywords may be updated as the learning algorithm improves.
This is a preview of subscription content, log in to check access.