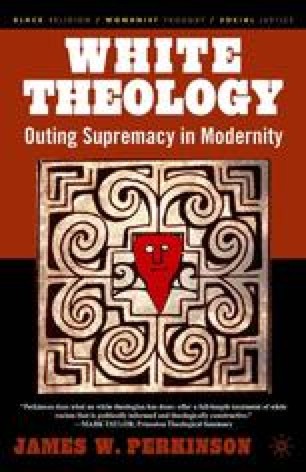 The Rodney King beating was one of the most graphic transcripts of the white production of “blackness” ever captured on camera. But what remains largely unknown in the country at large, and certainly un-comprehended, is the significance of the gestures King made with his body immediately before being so violently “interrogated” by wood and steel and leather.1 According to the officer who first halted King, California Patrolwoman Melanie Singer, in her testimony against the LAPD officers, King was acting a little silly, laughing and doing a little dance when he got out of his inexpensive Hyundai (Gilmore, 29; Baker, 1993, 42). Patrolman Stacie Koon’s defense attorney offered a slightly thicker description from Koon’s deposition for the Simi Valley trial. He repeated Koon’s testimony that King was “on something”; “I saw him look through me,” and when Singer told King to take his hands away from his butt, “he shook it at her … he shook it at her” (Gilmore, 29). And in retrospect an unanswerable question emerges. How much of the blackness King was made to bear in his beating issued from an official impotence—the paradox of armed authority uncertain before an unintelligible performance? Seemingly, “white power” was face-to-face with something it could sense, but neither interpret nor tolerate.

Black Community Religious Experience White People Black Church White Supremacy
These keywords were added by machine and not by the authors. This process is experimental and the keywords may be updated as the learning algorithm improves.

Leaving, then, the white world, I have stepped within the Veil, raising it that you may view faintly its deeper recesses,—the meaning of its religion, the passion of its human sorrow, and the struggle of its greater souls.