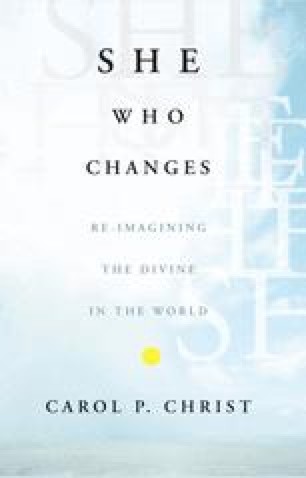 For process philosophy, the world is co-created by Goddess/ God and all other individuals, including particles of atoms, cells, animals, and human beings. Whitehead described the process of life as an adventure. He felt that novelty and surprise make life interesting. The open-endedness of life provides opportunities for the exercise of creative freedom, which gives life meaning. And yet, as many of us are all too well aware, the exercise of creative freedom by human beings (and perhaps to a lesser extent by other individuals) has not always been positive. Indeed, the word “adventure” seems inappropriate to describe seas and lands poisoned by bombs and chemicals; species extinct or struggling to survive; people fleeing racially and ethnically inspired violence; women and children forced to endure rape, genital mutilation, and incest; the threat of nuclear annihilation. Whatever their flaws and whatever the intellectual problems they create, traditional religions at least offer the hope that in some time or place suffering will end. Can process philosophy offer reason for hope to those who are suffering and to those who feel for the suffering of others?l

Individual Freedom Traditional Religion American President Mere Matter Process Philosophy
These keywords were added by machine and not by the authors. This process is experimental and the keywords may be updated as the learning algorithm improves.
This is a preview of subscription content, log in to check access.