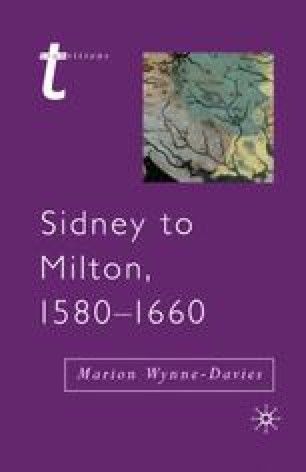 The momentous and rapid changes that occurred in the Early Modern world emerge through the mutating identities of sixteenth-and seventeenth-century poetry. Such textual evidence is hardly surprising however, given the enormity of the period’s social and cultural transformations. After all, at the commencement of the Early Modern period, within the space of 50 years (let’s say, 1480–1530), handwritten manuscripts had been replaced with printed books, the earth had been displaced from the centre of the universe and, thanks to Galileo, was known to orbit the sun. Moreover, the hegemony of the Catholic Church had been split asunder by the Protestant Reformation. And, the hierarchies of class and gender were being challenged by an increasingly powerful bourgeoisie, by a newly educated body of women, and by the advent of a supremely self-contained form of individualism that reinterpreted the personal as political. Finally, even the image of the globe had changed, for the flat and recognisable map had been replaced with a spinning orb resplendent with new and exotic worlds. In the twenty-first century we often lament the accelerated pace of change, but placed alongside the upheavals facing Early Modern men and women, it is necessary to concede that the forces of transition move through peaks and troughs in a wave-like fashion, rather than along an accelerating forwards-moving track. In terms of historical movement, therefore, the late-sixteenth and early-seventeenth centuries appear at the very peak of a storm.

Early Modern Period Henry VIII English Verse Courtly Love Poetic Representation
These keywords were added by machine and not by the authors. This process is experimental and the keywords may be updated as the learning algorithm improves.

‘The winds (as having gotten their mouths now free, and at liberty) spoke more loud’

(William Strachey, A True Reportory of the Wrack)