Novel Algorithms and Techniques In Telecommunications, Automation and Industrial Electronics 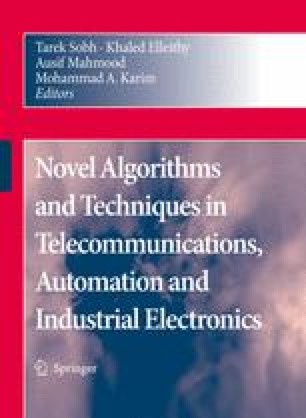 Novel Algorithms and Techniques In Telecommunications, Automation and Industrial Electronics pp 37-42 | Cite as

An automated, robust and fast vehicle license plate recognition system has become a essential necessity for traffic control and law enforcement in the present scenario. With increasing volumes of traffic being added to Indian roads every year and rough weather conditions prevalent, the challenge has become tougher. Here, we present a novel OCR-based method for number plate recognition using the Analytical Fourier Mellin transform which is fast and yields better results as compared to basic Fourier Mellin Transform.

The overall system uses an intelligent but cost-effective camera, which also uses minimal space, because the processor and the sensor are integrated in one package. They are more robust and reliable in outdoor environments, they require less maintenance and they are well suited for cost sensitive applications. Traditional correlation methods have to calculate the correlation over all possible rotations to determine the rotation angle between the template and query number plate character image when this angle is unknown. In this paper we achieve the alignment by Analytical Fourier-Mellin transform (AFMT), which can quickly align two images without re sampling errors and the high computation cost involved in conversion from log-polar to Cartesian. The Signature Technique has been used for the Number Plate Localization and Peaks to Valleys method have been used for character segmentation. As in the Indian Scenarios, the character distortion caused by dirt particles, image blurring or shadows that partially cover the license plate may cause problems. Thus, the segmentation is preferably parameterized to be sensitive to spaces. To further speed up the system, the property of symmetry of the vehicle rear and front parts are uniquely used to make the process of localization/ identification of the license plate quicker.. To ensure the identified character is not a caption a syntax analysis is subsequently performed. The experimental results with number plate correlation databases show that the proposed algorithm is effective.

License Plate Number Plate Character Segmentation Discrete Image Signature Technique
These keywords were added by machine and not by the authors. This process is experimental and the keywords may be updated as the learning algorithm improves.
This is a preview of subscription content, log in to check access.