Evaluation of Text and Speech Systems 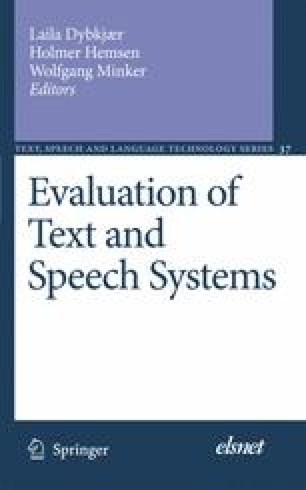 Evaluation of Text and Speech Systems pp 65-98 | Cite as

The use of animated talking agents is a novel feature of many multimodal experimental spoken dialogue systems. The addition and integration of a virtual talking head has direct implications for the way in which users approach and interact with such systems. Established techniques for evaluating the quality, efficiency, and other impacts of this technology have not yet appeared in standard textbooks. The focus of this chapter is to look into the communicative function of the agent, both the capability to increase intelligibility of the spoken interaction and the possibility to make the flow of the dialogue smoother, through different kinds of communicative gestures such as gestures for emphatic stress, emotions, turntaking, and negative or positive system feedback. The chapter reviews state-of-the-art animated agent technologies and their applications primarily in dialogue systems. The chapter also includes examples of methods of evaluating communicative gestures in different contexts.