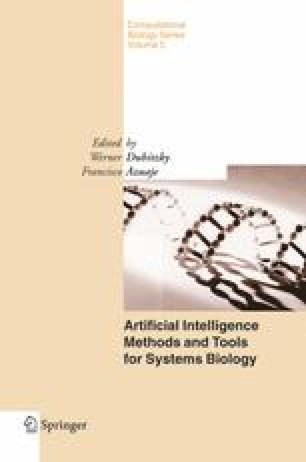 DNA microarray experiments typically produce large-scale data sets comprising thousands of mRNA expression values measured across multiple biological samples. A common problem in the analysis of this data is the ‘curse of dimensionality’, where the number of available samples is often insufficient for reliable analysis due to the large number of individual measurements made per sample. Genetic algorithms (GAs) are a promising approach towards addressing this problem. Here, several examples from the scientific literature are discussed to illustrate the various ways GAs have been applied to the analysis of mRNA expression data sets, specifically in the area of cancer classification.

Genetic Algorithm Mating Pool Uniform Crossover mRNA Expression Data Vector Evaluate Genetic Algorithm
These keywords were added by machine and not by the authors. This process is experimental and the keywords may be updated as the learning algorithm improves.
This is a preview of subscription content, log in to check access.