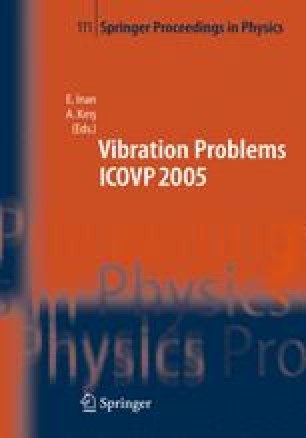 Large deflections of Clamped Elliptic Plates under Uniform Load have been investigated by many authors among which the work of Nash and (Nash and Cooley, 1959) needs special mention. As a result of bending the edge of the plate tends to decrease and if the boundary of the plate is immovable, the plate is subjected to tension along the edges. The question then arises as to whether the divergence of Nash’s results from the Linear Theory is mainly due to this induced radial tension or to using a non Linear Theory. The object of this paper is to investigate this point.

Linear Theory Normal Displacement Radial Movement Large Deflection Uniform Load
These keywords were added by machine and not by the authors. This process is experimental and the keywords may be updated as the learning algorithm improves.
This is a preview of subscription content, log in to check access.