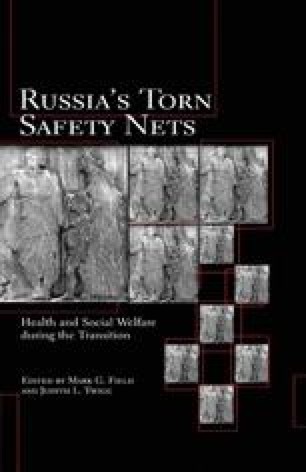 As countries of Eastern Europe and the former Soviet Union make the transition from planned to market economies, issues of employment, labor productivity, and financial restructuring tend to dominate social discourse. With immediate, sometimes day-to-day crises commanding the public spotlight, attention fades from less obvious, longer-term processes involving demographic evolution and changing national health profiles. The effects of these processes, however, will have a substantial, tangible impact on how countries define and develop their new socioeconomic agendas.

Census Bureau Labor Force Participation Rate Kursk Oblast Male Life Expectancy Western European Nation
These keywords were added by machine and not by the authors. This process is experimental and the keywords may be updated as the learning algorithm improves.
This is a preview of subscription content, log in to check access.