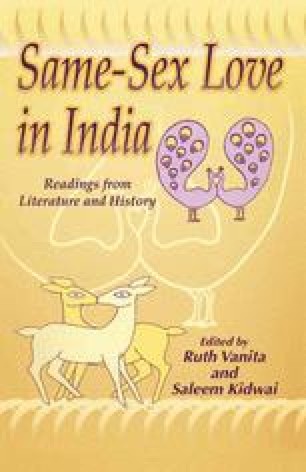 Sarmad (eternal, inebriated) was born a Jew in Kashan, around 1590.2 He became a trader and acquired knowledge of mystic traditions and of Arabic and Persian poetry. Before he arrived in the port city of Thatta in 1632, he had converted to Islam. In Thatta he met a Hindu boy named Abhai Chand. The attraction was mutual and soon after meeting him, Sarmad abandoned his trade and became a naked faqir.3

Young Brother Classical Pattern Port City Biographical Detail Mystic Tradition
These keywords were added by machine and not by the authors. This process is experimental and the keywords may be updated as the learning algorithm improves.