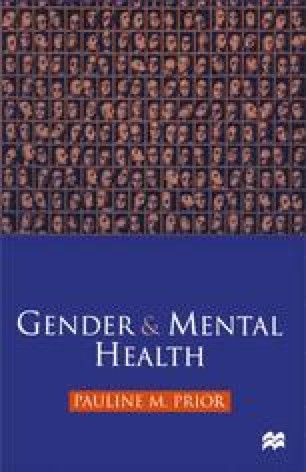 Studies on the relationship between mental disorder and crime range through those which compare psychiatric patients with their counterparts in the community, follow-up studies of discharged psychiatric patients, studies of psychiatric inpatients and studies of individuals who have been exempted from criminal responsibility on the grounds of a mental disorder, to studies on the mental health of prison populations and, finally, birth cohort studies. The results have been as wide ranging as the research topics. For example, research in New York in the early 1990s, comparing psychiatric patients with a control group in the community, found that there was evidence of a higher level of arrests among most patients — 7 per cent of the community cohort were arrested, as against 6 per cent of first contact patients, 12 per cent of former patients and 12 per cent of repeat treatment patients (Hodgins 1993a: 5). There was also evidence that the arrests of patients were more often for violent behaviour and felonies than was the case for those in the community group. In other words, they found evidence that people with a psychiatric history were more likely to commit a violent crime than were their counterparts in the community. However, although the validity of this study is not in question, it is clear that it would be foolish to extrapolate from it to other countries and other police forces. This is especially true now as the police in New York operate a policy of zero-tolerance towards crime and vagrancy and as grounds for the commitment of people with a mental disorder have been broadened.

Mental Health Mental Disorder Personality Disorder Criminal Justice System Violent Crime
These keywords were added by machine and not by the authors. This process is experimental and the keywords may be updated as the learning algorithm improves.

Literature and art have historically reflected the view that the mentally disordered are violent. Both civil and criminal law around the world recognize that some mentally disordered persons must be restrained because they pose threats to themselves and/or to others. (Hodgins 1993a: 3)