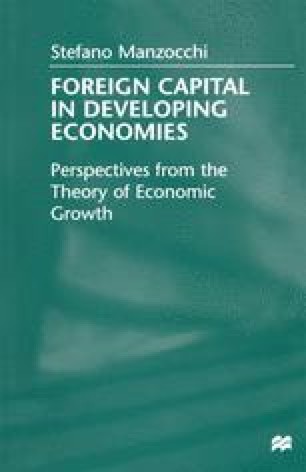 Introduction: A Growth-theory Approach to Capital Flows in Developing Countries

Foreign capital to developing economies is definitely one of the topics of the day. From the debt crisis of the early 1980s, which severely affected Latin America, Africa and some countries in Eastern Europe and Asia, throughout the years of debt negotiations and rescheduling until the new surge in capital flows to middle-income economies in the first half of the 1990s, academic and financial communities have extensively debated this issue, and some aspects have been publicised in the leading financial press. At the dusk of the millennium, as a new wave of currency and debt crises hits developing economies, shaking the apparently ordered pattern of renewed flows in East Asia (1997–8), Russia (1998) and maybe other regions, the debate has turned increasingly emotional.

Capital Flow Foreign Capital Capital Mobility Capital Inflow Debt Crisis
These keywords were added by machine and not by the authors. This process is experimental and the keywords may be updated as the learning algorithm improves.
This is a preview of subscription content, log in to check access.