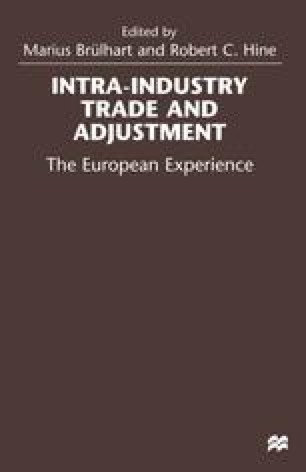 Increasing openness to international trade has been one of the most conspicuous features of the global economy in the second half of the twentieth century. Trade growth has consistently outpaced income growth, and there are no reasons to doubt that this trend will continue in the next millennium. International trade has boomed because it was freed of numerous barriers that had previously obstructed exchanges across country borders. Barriers to trade fell both through advances in technology, most importantly in the transport and telecommunication sectors, and through policy-led liberalization. Policy liberalization occurred at the global level, mainly through successive rounds of GATT negotiations, as well as among numerous regional country groups. As the significance of national boundaries diminishes, economies become more exposed to international competitive pressures to which they must adapt or face economic decline.

Trade Flow Structural Adjustment Adjustment Cost Country Study Trade Data
These keywords were added by machine and not by the authors. This process is experimental and the keywords may be updated as the learning algorithm improves.
This is a preview of subscription content, log in to check access.