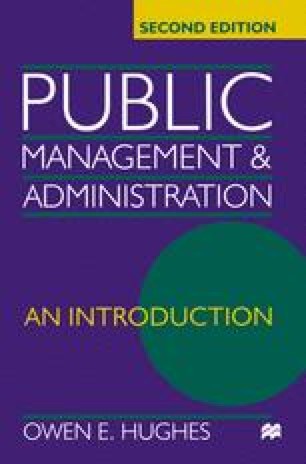 Governments provide and produce goods and services, as discussed in the previous two chapters. Governments also produce policies. Logically, this point occurs prior to the production of anything else and may be the sole end of particular government organisations without service delivery roles. In the early 1970s, those involved in the study of public policy consciously and deliberately distanced themselves from the discipline of public administration. Most of its practitioners saw public policy as concerned with the application of formal, mathematical methods in the public sector. Public policy is important in its own right and as an influence on public management, but again raises the question as to whether there is still something distinctive about public administration. Another usage of public policy is that used by economists, which is the application of economic methods and models to government. It is possible that the rise of a new public management based on economics will see this usage of the term become predominant.