Democratization in the Third World 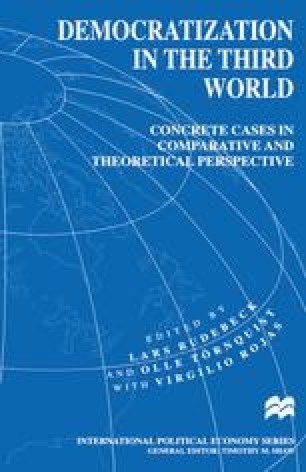 If civil society refers to all the non-state organs and institutions that contest, in a relatively organized manner, the power of the state, then the Philippines has gone through a history marked by dramatic surges of civil society activity that have been dissipated time and again. Significant among these were the revolution against Spanish colonization, the resistance movements against the Americans and the Japanese, the suffragette struggle, the socialist and communist movements, the anti-dictatorship struggle and the EDSA revolt in 1986.

Civil Society Donor Agency Civil Society Activity Political Neutrality Mutual Suspicion
These keywords were added by machine and not by the authors. This process is experimental and the keywords may be updated as the learning algorithm improves.
This is a preview of subscription content, log in to check access.