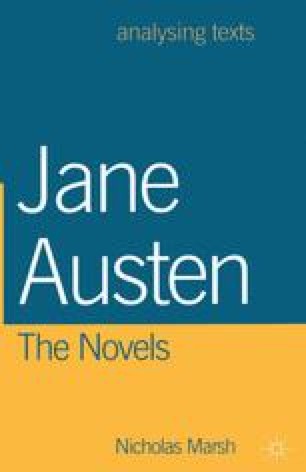 We know the external facts of Jane Austen’s life in some detail. We know where she lived, when she moved, where she visited and when, and we know the minutest details of her income as well as a number of her possessions and expenses. So, for example, we know how much blood the doctor took from her brother Henry when he was ill; and the tiny, perfectly stitched bag Jane made for her friend Martha Lloyd, at the age of seventeen, still exists. Facts about Jane Austen and her numerous relations are plentiful, then. However, we know next to nothing about Jane Austen’s emotional experiences. The story of her life therefore gives a curious impression: the more we read of external details, the more ignorant we feel about her personality and character. It is as if the void in the middle becomes clearer, the more we concentrate on everything else. We know what she did, and what she thought about the people she met; but we know nothing about her feelings.