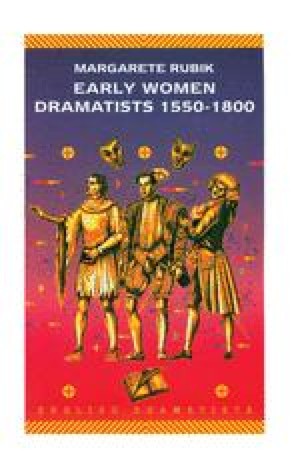 The situation in the second half of the century was entirely different. If female dramatists had been scarce in the early decades of the eighteenth century, and few had achieved a lasting reputation, women writers flocked to the theatre in the second part, and we are faced with a flood of dramas by numerous novices, and with three playwrights who had a great number of performances to their credit: Griffith, Cowley and Inchbald, the last achieving a position of popularity and authority which would have been unthinkable for Aphra Behn one and a half centuries earlier. The reason was not really that production conditions had become more favourable for women. Performances were still limited to the two patent theatres, with a third, the Haymarket, serving as a summer stage, a situation which stifled competition and inhibited experimentation and innovation. Theatre managers were deluged with scripts, but in general were unwilling to take risks with untried new playwrights, male or female, and preferred to put on an old favourite, or a play by a dramatist who had already made a name. It was difficult for a woman to establish the necessary connections and to gain an introduction, unless she was an actress. It was also arduous for a ‘respectable’ woman to acquire the backstage experience essential to the successful staging of a play — practical questions of stage mechanics, scenery, effective timing — and some writers even hesitated to attend rehearsals, where they would have had to assert themselves against the manager or his deputy, and against the actors, in a milieu which still had a reputation for promiscuity and sexual harassment. To be sure, the actor and manager David Garrick made a point of lending a helping hand to a chosen few, but his patronage was idiosyncratic and condescending, and the censoring of subjects and styles this involved, though often helpful, was a mixed blessing. But Garrick’s successors at Drury Lane and the rival managers at Dorset Gardens ceased promoting female writers.