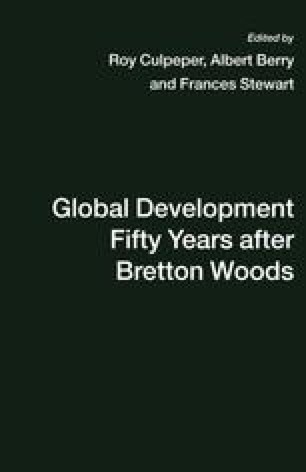 The markets for the traditional commodity exports of developing countries have undergone a dramatic change since the early 1980s, with serious adverse effects on the real incomes of the majority of commodity-exporting countries. Real commodity prices (that is, nominal commodity prices expressed as a ratio to prices of manufactures exported by developed countries) have been on a downward trend so severe as to constitute a phenomenon not seen since the Great Depression of the 1930s. By 1993, real commodity prices had fallen to about 50 per cent below the 1980 level, and were some 20–25 per cent below the 1932 level, which was the bottom of the interwar depression. Recent World Bank projections indicate only a small recovery in commodity prices, with a rise of 10 per cent between 1993 and 2000, prices in the latter year being projected at still substantially below the 1980 level by almost 50 per cent (World Bank, 1994).

Natural Rubber Commodity Price Commodity Market Uruguay Round Export Earning
These keywords were added by machine and not by the authors. This process is experimental and the keywords may be updated as the learning algorithm improves.
This is a preview of subscription content, log in to check access.