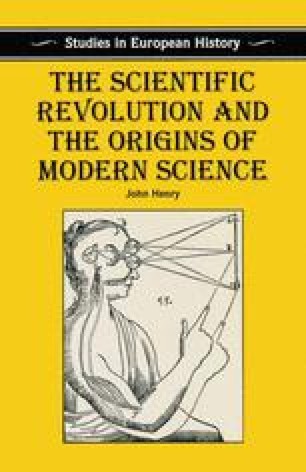 Magic and the Origins of Modern Science

Further important sources of the empiricism of the Scientific Revolution were to be found in the magical tradition, and these influences can be seen at work in a number of areas. They deserve separate consideration here, however, because they have generated considerable historiographical debate [222; 39]. A number of historians of science have refused to accept that something which they see as so irrational could have had any impact whatsoever upon the supremely rational pursuit of science. Their arguments seem to be based on mere prejudice, or on a failure to understand the richness and complexity of the magical tradition.