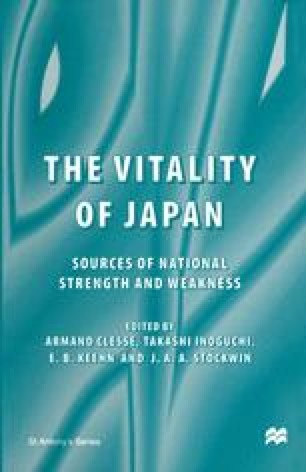 The Yen’s Role in World Financial Diplomacy: Should we Focus on Trade Flows or Investment Flows?

During the past 100 years the value of the yen has fluctuated widely in response to changes in Japan’s international economic status. In the late 19th century the yen was considered a heavy currency. In 1874 it was worth more than one dollar and in London it traded at four shillings and two pence while the pound itself was worth about #4.88. As Japan opened its economy to more trade, the yen weakened and by 1900 it was worth only about 50 cents. This value held until the Great Depression of the early 1930s, when the yen was devalued in order to promote faster export growth. By the time Japan began its war against China in 1937 the yen was worth only about 29 cents or 6 pence against the British pound. As Japanese prices rose nearly sixfold during the Second World War, the yen’s value fell sharply and it was finally stabilised in 1949 at a rate of 360 to the dollar. The 1949 exchange rate persisted until the breakdown of the Bretton Woods fixed exchange rate system in 1971, when the yen re-emerged for the first time in nearly 100 years as a strong currency. Despite large multi-year fluctuations in response to oil price shocks and global business upheavals, the yen has risen by nearly 70 per cent against the US dollar since 1971 and many analysts believe it will continue to be a strong currency through the mid-1990s.

Foreign Direct Investment Stock Market Foreign Investment Pension Fund Japanese Firm
These keywords were added by machine and not by the authors. This process is experimental and the keywords may be updated as the learning algorithm improves.
This is a preview of subscription content, log in to check access.