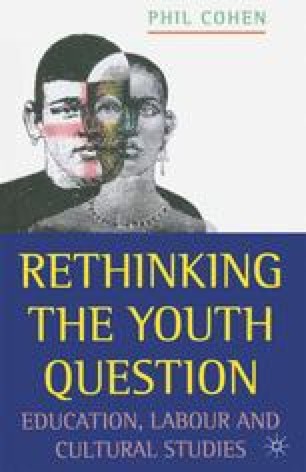 The essays collected here cover a period of twenty years. The first chapter was written in 1969, in the thick of that peculiar culture war known as ‘the underground’; the last chapter is based on a lecture given in 1989, reflecting on the impact of the New Right on education during that decade. Depending on how you cut the birthday cake, the chapters in between could be read in various ways; as the symptomatic journey of a member of the so called ’60s generation coming to grips with changing reality principles; or as a series of essays dealing with changing conjunctures in debates around education, labour and the youth question. The argument could also be said to span two ‘moments’ in which debates in the human sciences pivoted first on the problematics of Marxism and then on Post-Structuralism. Finally, and inevitably, the vicissitudes of personal history intervene, with their own punctuations which may more or less coincide with these other timings, or cut across them. ...