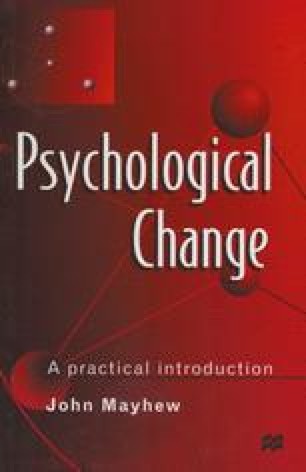 Maslow regarded psychological development as a personal need that depended on the fulfilment of other needs. These other needs were of four types. He put these in order and described how, when one type of need (low on his list) was satisfied, the next (higher on his list) made its appearance.

In addition to listing needs he also drew attention to the fact that the four needs on his list belong to one kind of motivation and the fifth, psychological development, to another kind. The distinction between these two kinds of motivation is related to another distinction made by more recent writers on motivation, that between rewarded behaviour and behaviour promoted by such things as interest and fascination.

The first half of this chapter will explain Maslow’s theory of motivation and its implications for the development of a child and for life within his or her family. In the second half more recent work on motivation will be presented, particularly that concerned with the psychology of fascination. Also in the second half the implications of interest and fascination for child development and family life will be examined.