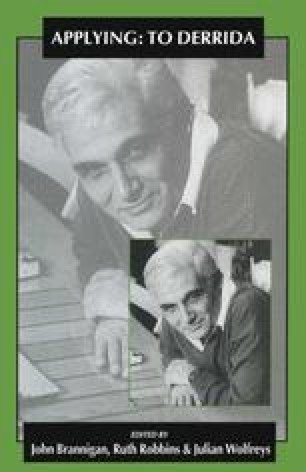 National Identity Golden Eagle Double Step Funeral Rite Irish People
These keywords were added by machine and not by the authors. This process is experimental and the keywords may be updated as the learning algorithm improves.

there are cultures of death. In crossing a border, one changes death. One exchanges death; one no longer speaks the same language.

[Mr Kernan:] This cemetery is a treacherous place.

It is a republic without a name, a place which does not yet exist, except perhaps in the Utopian imaginations of Irish artists, who are continually criticizing the blemished island whence they came and, by this very action, implying the existence of an ideal Ireland into which they might one day become.