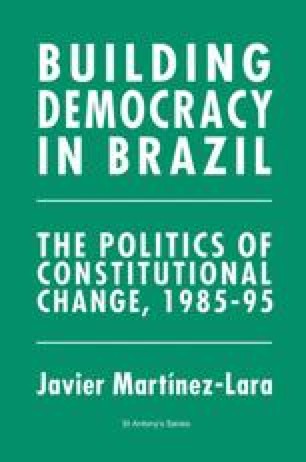 Presidential versus Parliamentary Government in the Constituent Process

The inauguration of the constitutional convention was expected to involve a comprehensive examination of the prevailing political structure. Some kind of institutional reformulation was particularly expected regarding certain components of the political system which were considered a deterrent to the full implementation of a workable democratic system. The institutional imbalance of power between the executive and the legislative branches of government in favour of the former, imposed by the military, made certain parts of the agenda to be discussed by the Constituent Assembly.