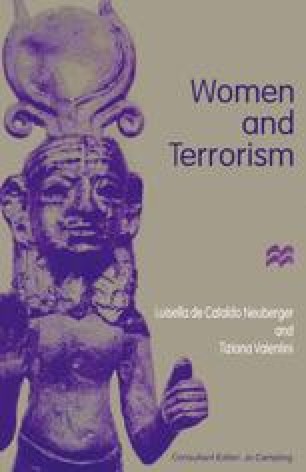 The Phenomenon, the Context and the People

Violence is scandalous, but it rests on the same theoretical foundation and structure of the social world itself. It is an important component of our collective memory; indeed, many archetypes are cultivated on a substratum of violence. Moral conscience is grounded in the great original taboos, incest and the killing of the totemic animal, which concludes the tragic course of the cyclopic family intuited by Freud. The cultural premises of our society are deeply rooted in the primordial magma that flows deep in the unconscious. It surfaces in Greek mythology, in which men retrieve and externalise ancient fantasies constructed around violence and cruelty in order to exorcise them. The powers that be in the heavens and on earth as they were ‘conceived’ by men seem moved only by perverse instincts: patricide, fratricide, cannibalism and incest. From the blood of Uranus, emasculated by his son Chronos, were born the Erinyes. The gods seem indifferent to injustice and oppression. This explains why we will always find, in the past and for centuries to come, an act of genuine illegitimacy, a violent drama, at the root of any formal legitimacy. Romulus killed Remus and founded Rome. There is no reign, city, dynasty or ideological movement that does not have its skeletons in the closet. Even Christianity begins with a crucifixion that has all the air of a judicial error.

Criminal Justice System Juvenile Offender Female Offender Female Circumcision Armed Struggle
These keywords were added by machine and not by the authors. This process is experimental and the keywords may be updated as the learning algorithm improves.

Without violence you obtain nothing; violence has to be answered with violence, there is no other way.