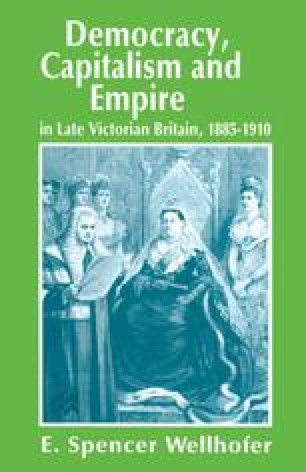 ‘Men Make their own History, but...’ ‘the Chain is Absolutely Continuous and Unbroken’: Continuity and Change in the Transition to Mass Politics

Men make their own history, but they do not make it just as they please; they do not make it under circumstances chosen by themselves, but under circumstances directly encountered, given, and transmitted from the past. The tradition of dead generations weighs like a nightmare on the brain of the living. And just when they seem engaged in revolutionising themselves and things, in creating something that has never existed, precisely in such periods of revolutionary crisis they anxiously conjure up the spirits of the past to their service and borrow from them names, battle cries, and costumes in order to present the new scene of the world in this time-honoured disguise and this borrowed language.

Rural Sector Democratic Transition Secret Ballot Electoral Reform Religious Revival
These keywords were added by machine and not by the authors. This process is experimental and the keywords may be updated as the learning algorithm improves.
This is a preview of subscription content, log in to check access.