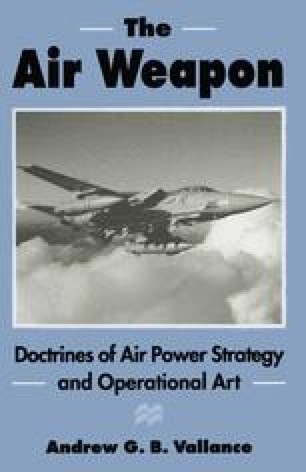 The strategic air offensive is arguably the most controversial type of air campaign. The ability to strike directly at the enemy’s vital centres has been recognized since the advent of flying machines as a unique capability of air power; it has also been for many — and for some still is — the raison d’être of independent air forces. Indeed, the belief that strategic bombing could prove a war-winning technique led to the creation of the RAF in 1918, the RAAF in 1922 and the USAF in 1947; it remained predominant in RAF doctrine until the 1960s and in USAF doctrine at least until the 1980s.

Nuclear Weapon Ballistic Missile Cruise Missile Missile System Strategic Bombing
These keywords were added by machine and not by the authors. This process is experimental and the keywords may be updated as the learning algorithm improves.

People have preferred to feel rather than to know about strategic bombing.