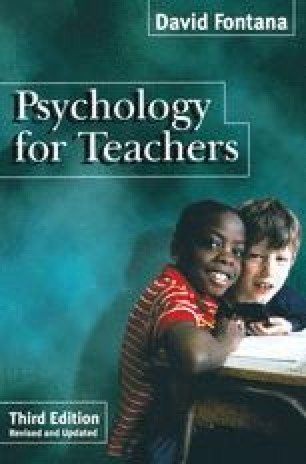 The discussion of attitudes in the last chapter leads on to the broader issue of morals and values. Morals and values are elusive concepts, and there is no single definition of them that satisfies everyone. Many psychologists find it helpful to divide morality into two related aspects proposed by the philosopher Fichte, one subjective (the individual’s inward observation of a personal code of behaviour) and one objective (the attitudes and behaviour generally prized by the cultural group to which the individual belongs). The latter aspect is the one more thoroughly researched by psychologists, particularly in the context of a child’s development of objective behaviour in general. The moral behaviour prized by one’s cultural group may or may not be defined by rules, and these rules may or may not carry the force of law, but this behaviour is nevertheless seen by responsible members of society as representing imperatives in matters of conduct and of interpersonal relationships. These imperatives may be derived from religious, philosophical, or political teachings, and usually they have had an important influence upon the historical development of the cultural group concerned, providing guidelines for the emergence of civilized practices and even (ostensibly) for dealings with other countries. Sometimes within a culture, subgroups become apparent which differ from each other in the morals and values held (e.g. religious groups, socio-economic status groups), and this can lead to friction and to attempts to put down opposing value systems by force.